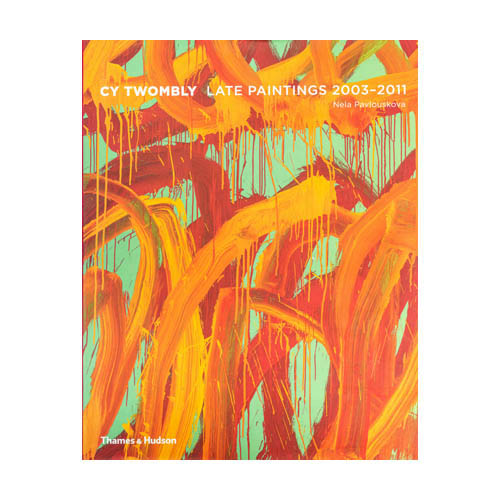 The first comprehensive analysis of Cy Twombly’s final years of creation, including the series The Last Paintings, completed just before his death in 2011

Here is the first detailed analysis of the late work of Cy Twombly, including all the painting cycles from the last nine years of the artist’s life. Beginning in 2003, when Twombly was seventy-five years old, a fresh surge of creativity brought new energy into his art, and he expanded on themes and modes of expression throughout his career.

Characterized by monumentality and flamboyant color, these works often use large formats to accommodate broad and sweeping motion. Sometimes their surfaces are dense and heavily worked; sometimes they are expressively fluid, incorporating chance elements such as extravagant drips of paint. Favored motifs such as ships, flowers, and mythological references are revisited in new contexts and allowed to interact in unusual ways. Like his earlier work, however, these images continue to engage viewers in an active dialogue, resisting easy interpretation and offering up multiple layers of potential meaning.

Concluding with the series known as The Last Paintings, completed only a few months before his death in 2011, Cy Twombly: Late Paintings2003–2011 comprises a landmark monograph in which the intensity of what might be called his cumulative works is vividly preserved. 148 color illustrations