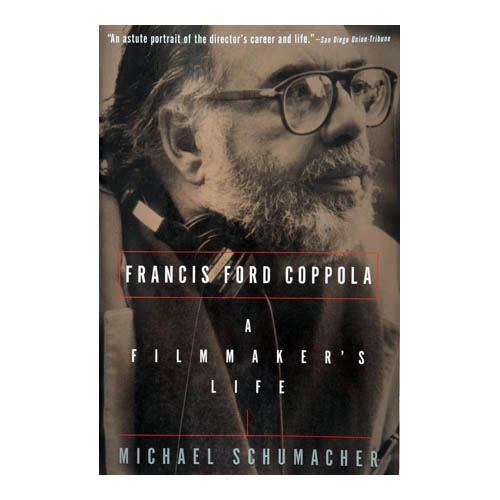 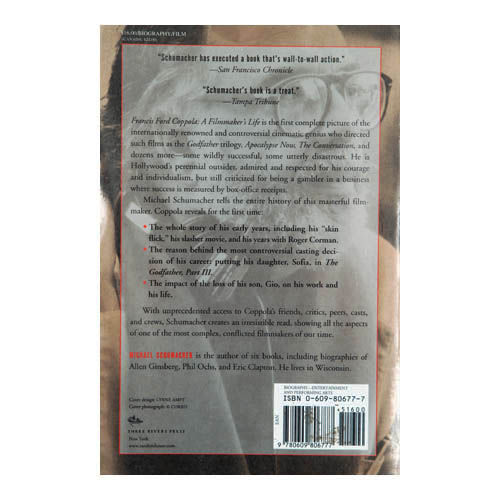 Francis Ford Coppola: A Filmmaker’s Life is the first complete picture of the internationally renowned and controversial cinematic genius who directed such films as the Godfather trilogy, Apocalypse Now, The Conversation, and dozens more — some wildly successful, some utterly disastrous. He is Hollywood’s perennial outsider, admired and respected for his courage and individualism, but still criticized for being a gambler in a business where success is measured by box-office receipts.

Michael Schumacher tells the entire history of this masterful filmmaker. Coppola reveals for the first time:

* The whole story of his early years, including his “skin flick,” his slasher movie, and his years with Roger Corman.

* The reason behind the most controversial casting decision of his career: putting his daughter, Sofia, in The Godfather, Part III.

* The impact of the loss of his son, Gio, on his work and his life.

With unprecedented access to Coppola’s friends, critics, peers, casts, and crews, Schumacher creates an irresistible read, showing all the aspects of one of the most complex, conflicted filmmakers of our time.