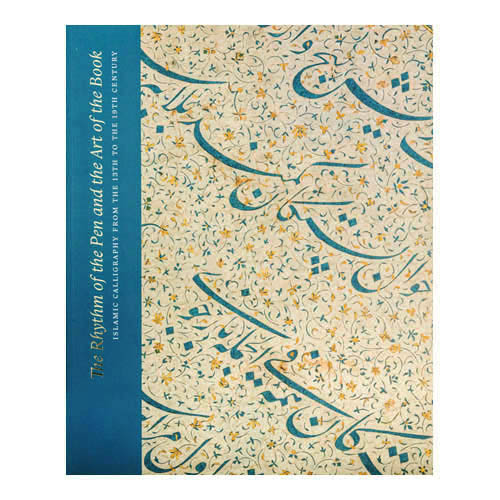 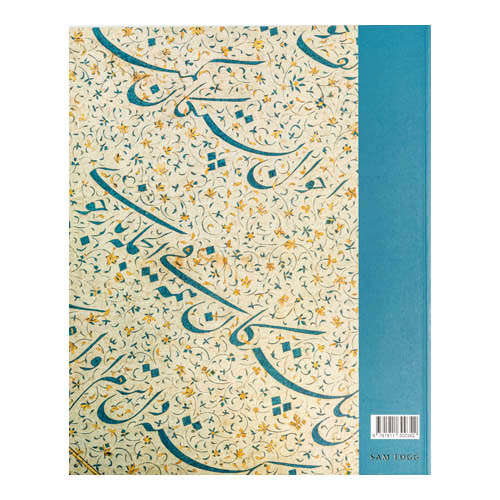 The Rhythm of the Pen and the Art of the Book

This lavishly illustrated volume takes the reader through a journey of some six centuries of development of the refined arts of calligraphy and illumination in the Islamic world. Much has been written on the dawn and early stages of the development of Arabic script and the position of calligraphy as an art form within Islamic civilization. This catalog seeks to follow this story further into the golden age of Islamic calligraphy and its appreciation and patronage as the chief form of artistic expression from Islamic Spain to China. The works of art carefully selected for this catalog, which accompanies an exhibition at the prestigious Sam Fogg gallery in London, follow the impact of the introduction of paper into the Islamic world and its effect on both the quality and the scope of the calligraphic art form. Paper – rather than parchment – allowed for inscriptions to be penned on a massive scale, and one of the highlights here is a monumental half-line from the so-called ‘Baysunghur’ Qur’an, which was probably the largest Qur’an manuscript commissioned by an imperial court. The transition to the paper also witnessed the codification of the ‘six pens’ or six recognized cursive scripts, which still hold. From this standardization of the script styles, lineages of recognized calligraphy masters were established. Calligraphers became hailed as artists and were highly valued at imperial courts. In the great age of the Ottoman Turks, the Safavid Persians and the Mughals in North India, there are numerous accounts of calligraphers moving between these Islamic empires by ever more lavish promises of patronage. The Pandnameh of Loqman, A book of advice of 1534–35 and made in Bukhara is one such example. The calligrapher Mahmud ibn Ishaq [al-Shahabi] was likely taken to Bukhara after the occupation of his native Herat in 1528–29, when ‘Ubaidullah Khan, the Uzbek ruler, took many of the city’s prized artists and calligraphers with him back to his capital. The position of the prominence of calligraphy within the Islamic courts is highlighted by the development of the lavish arts of illumination, bookbinding and other aspects of the art of the book. The intricate designs which developed to decorate the margins and the interlinear space between the lines of text became a recognized art form in itself. Designs ranged from dazzling geometric compositions to scenes of nature populated by fabulous creatures. The combination of masterful calligraphy and radiant illumination produced princely works of art for the most discerning of imperial patrons. ‘The Ball and Mallet’ or halnama by Mahmud Ibn Muhammad ‘Arifi al-Haravi, for example, is a Sufi text produced at the court of Shah Tahmasp c. 1540 and its wonderful illuminated borders are attributable to Aqa Mirak, one of the great Safavid court painters.